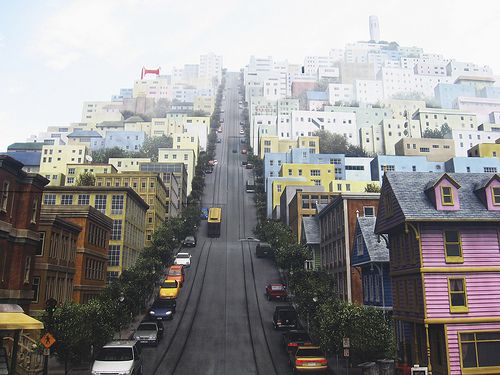 I haven’t spent much time working out in gyms these past 6 years. This is probably because, in my brain, gym time = a large human telling me I’m a piece of shit unless I exceed my one rep max on the bench press like, right this fucking second.

One particularly bad lifting memory comes from my junior year of college. I was supposed to be doing some pull-ups with a weight vest on. Instead, I was staring into the distance. Someone from the baseball team snapped me out of it by asking if I was okay.

Instead of saying “yep!” like I normally would, I talked about a holocaust survivor I had just read about.

The only the prisoner could pass the time at the concentration camp was by thinking about the house he wanted to build for himself when he got out. He built it brick by brick in his mind as he suffered through his sentence.

I had noticed the bricks in the team gym. They triggered me to think about whether I could get through my tedious, painful lifting session if I put my brain in a completely different place. What could I build in my mind? What was I going to do when I got out?

Baseball player: “Dude…that’s pretty dramatic.” And he walked off to go squat.

Of course, he’s right. Still, I tend to avoid gyms. That means I spend a lot of time exercising outdoors. I’ve never had qualms about working out in front of other people. I’ve done burpees in an airport when my flight got delayed.

My workouts tend to strike people as strange, so doing them in a dense city provokes a range of reactions.

The most common interaction I have is when a passerby comments on my tenacity, but in a way that lets me know they would never do what I’m doing. They’ll say “whoa!” and “nice!” but the words will have a twinge of reproach to them.

It’s like when I see an ant carrying a piece of food that is 10 times her size. (I just learned worker ants are always female.) I think “impressive! ” not “I wish I was currently carrying a taco the size of a Toyota Yaris while walking to meet my queen.” So, I get where people are coming from when they see me sprinting up a hill in 100-degree weather.

The problems start when people tell me to change my ways. One morning, after I finished a set of pull-ups on a tree branch, I heard a creaky voice from an upstairs window shout at me.

Old Woman: Don’t do that!

Old Woman: Don’t hang on the tree, it’s not good for it.

Me: It’ll be fine. We’re meant to climb trees, it’s in our DNA. And I’m done anyway.

Me: Do you own this tree? Cause it looks like it was planted 80 years ago and it’s on public property. Don’t you have some cats to take care of?

I wish I’d said the last paragraph. I just walked away.

Thankfully, I have had fulfilling interactions as well.

I was recently doing sprints up a hill on 23rd street in San Francisco. I would do jumps at the bottom of the hill, and then sprint to the top. The hill was classic SF, in that it’s so steep you are amazed that cars can still park perpendicular to the sidewalk without being toppled by gravity.

When I was finished with my workout I immediately took a seat on the sidewalk, too tired to stand.

I saw a man approaching out of the corner of my eye. I wasn’t concerned because he wasn’t talking to himself, nor was he holding a large U-lock with the look of someone who wanted to do something menacing. (I’m on high alert for this after taking a routine walk through the Mission District in San Francisco only to have a woman hurl a large U-lock at my girlfriend. It narrowly missed. The mental health problem in SF is real, y’all.)

So, this guy waves and says “That was a good workout. My daughter and I were watching you through the window. She’s a runner, and she’s very impressed.” He then introduced me to his daughter, I left my girlfriend, and we’re now en-route to the Bahamas to run Caribbean hills together.

But really, the father continued on to say that he too was impressed with my workout. He wished me the best of luck and he walked away. He struck me as a genuine, happy person.

I was having a bit of a down moment before my workout started. I had just returned from an international trip, and I was feeling some of that general jet lag blah-ness. My interaction with this friendly dad completely revitalized me.

There was something magical about imagining that my efforts inspired someone. Of course, I have no idea if I did or not. But, if that daughter was impressed, maybe after seeing me she decided to stop scrolling through Instagram and get some fresh air. I have definitely been motivated by strangers working out before. I’ll never know if that happened in this case, but it’s fun to think about. Feeling that connection, that sense of purpose, was energizing. I was feeling gloomy and insignificant one moment, and walking home with a skip in my step the next.

The whole thing felt very personal and small on one level, and yet very significant at the same time. It reminded me of a quote from Ernest Becker:

“Man cannot endure his own littleness unless he can translate it into meaningfulness on the largest possible level.”

Maybe I changed someone’s life. Maybe I need to explore avenues where I directly influence the people around me, instead of waiting for things like this to happen. Or, maybe I’m a shallow person who doesn’t really like the idea of helping anyone, but instead craves the feeling of personal satisfaction that comes along with it. Who knows. I’m happy to have had the experience and to have the time to explore these thoughts.

In the meantime, I’m off to do pull-ups on construction scaffolding while the NYC passerby give me quizzical looks.

One thought on “The Pros and Cons of Exercising in Public”