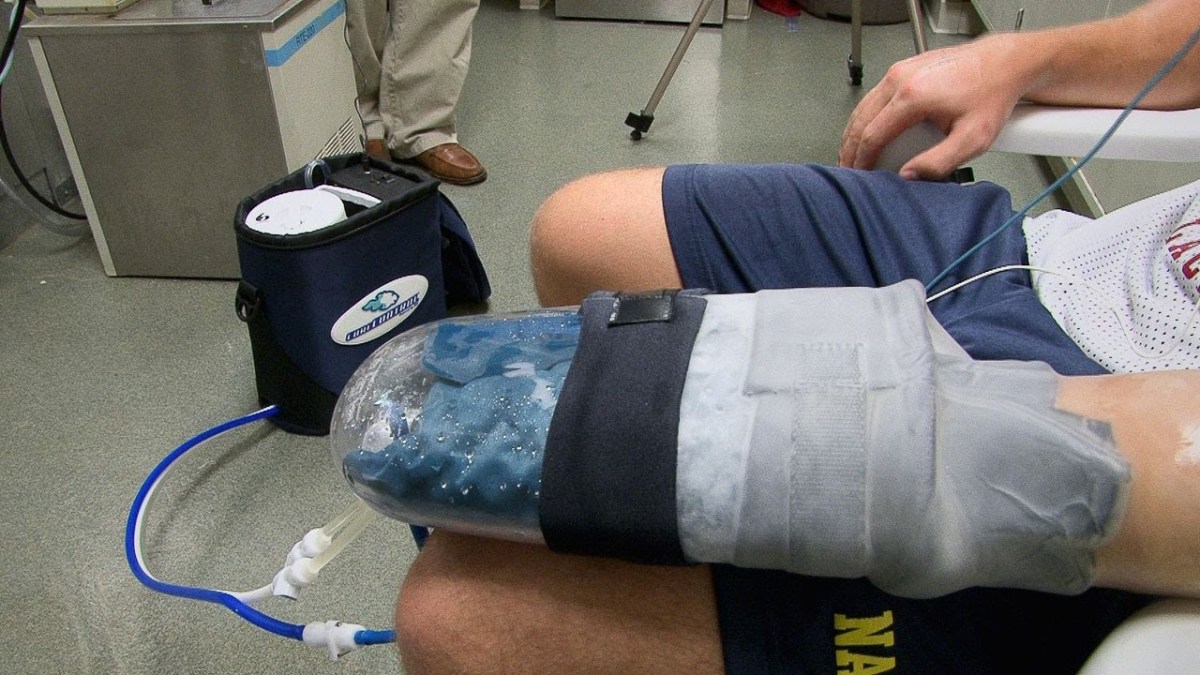 Michael Phelps was known to to stimulate his production of red blood cells by sleeping in a hyperbaric chamber that recreates high altitude conditions. Kobe Bryant and Andrew Bynum have flown to Germany to have their blood removed, heated, centrifuged, and reintroduced to their bodies, all in the hopes of stimulating tissue regeneration. During their 2011 championship run, many Dallas Mavericks players utilized cryotherapy, where they voluntarily entered a room as cold as -320 degrees Fahrenheit in order to turbocharge the bodies natural healing response mechanisms.

None of those behaviors listed above are illegal, yet the athletes utilizing those treatments are achieving much of the same results as those who are taking illegal drugs. I think we are at a stage today where those with infinite amounts of time and money can manipulate their bodies with technology in such a way that banned substances might become either irrelevant or overkill.

Take this new creation, the Stanford Cooling Glove. It has been shown to have profound effects on athletic performance. It works by rapidly cooling the blood in the palm of the hand, which promotes dramatic cooling of the body as a whole. Efficiently cooling the palm works so well because that is an area of the body that researches have found to be almost “exclusively devoted to rapid temperature movement.”

Being able to safely, easily and quickly manipulate body temperature is basically the key to quick athletic recovery. This is because we know that muscle performance falters at high temperatures. Once you reach a certain point in your workout, your muscles become so heated they can no longer function, and your brain wisely tells you to start taking it easy.

Anyone who has ever gone through a grueling workout knows that it can take hours to cool down after exercising, and even more time to feel fully rejuvenated. This device resets your cells back to a baseline state in minutes, and you don’t have to torture yourself by exposing your whole body to a freezing cold environment. If there is something you can inject that gets results like that, I haven’t heard about it.

Then there are the less mind blowing, but still fantastic devices that take athletic recovery to a whole new level. I have been the recipient of many a massage with a tool called a deep muscle stimulator, or DMS. The look of this device reminds me of those captive bolt pistols that are used to stun animals, but thankfully the DMS is only used for good. The basic science behind the DMS is the same as with any massage tool you can find at your local mall. It uses vibrations and pressure to loosen up your tissues and promote blood flow. But comparing the DMS to it’s commercially available counterparts is like saying a paper airplane is on par with a 747 because they both can fly. The DMS is more powerful and effective than any other massage device I have used, and I think it is helping to make pro athletes more vibrant and resilient than ever before.

Similar devices helping to revolutionize recovery are high quality compression leg sleeves. I have never used these, and had never even heard of them until this summer, but apparently they are found in every pro sports locker room. The device is rather simple, just two sleeves of fabric for the legs and a power supply to create the compression.

The idea is that if you pump the fluid inside your legs in a sequential, pulsing manner you can expedite the body’s natural waste elimination systems. Fatigue and pain are partly the result of stagnation, and who is more stagnant than an exhausted athlete after a competition? These leg sleeves allow an athlete to do the equivalent of a comprehensive, movement based cool down workout all while sitting and playing with their iPads.

The anecdotal evidence for the leg sleeves is on par with the claims made about the cooling glove. People say these compression pants can virtually eliminate the soreness from a days workout, which if true marks a tremendous step in the right direction for athletic performance.

These new technologies are only the beginning. Just a few years ago even the most highly paid athletes were wrapping their injuries with plain old white athletic tape, the same stuff our grandparents used. That tape aimed to allow players to play through injuries by basically mummifying the affected area, limiting all mobility. While this technique helped to reduce movement and pain, it did nothing to promote healing.

Now there is Kinesio tape, that ubiquitous, colorful fabric you see stretched out over the ankles, shoulders, and calves of basketball players around the world. This tape is made of a material that provides stability to the injured area while still offering the range of motion and flexibility needed to allow the injury to properly heal. This tape is not perfect, but it is light years ahead of the injury prevention techniques we were using in the past.

None of these technologies are a panacea for the problems that come with being a pro athelete. Everyone is still going to need a certain amount of recovery time, coupled with a healthy diet, in order to be as high functioning as possible. But, as science continues to innovate, I think athletes will have less to gain from doing anything that might get them into trouble with a doping committee. There are always going to be people willing to try something illegal for even the slightest edge, but when everyone has access to hospital grade centrifuges, sci-fi cooling gloves, horse massagers, and self pumping compression pants, is it really going to be worth it?